Any important server announcements or devblogs will be posted here.
Locked
15 posts Hi all and welcome to another Development Update.

Thank you for being patient with us whilst we continue to work through all of the fundamentals of the script. It really has been a busy month in terms of development, and we have spent a lot of time discussing internally how our systems are going to work and how they directly connect with certain features. We started development of our script only three months ago from scratch, and have already exceeded expectations, especially when two months of that work was only completed with one developer. We're still rolling on ahead though, and hope to get you guys on soon.

3rd Party Developer Applications
As you may or may have not seen, we opened up applications for the role of 3rd Party Developer. If you find you have some skills laying around that relate to our goal in development, then we would love to hear from you. More information is posted on the following thread for you to read through: viewtopic.php?f=11&t=311

Our Plans
Before going ahead onto some features we would like to show off, we'd like to spend some time explaining in more detail about the current path of development and we hope that gives you more of a solid idea as to when it's more near to public release. It has to be mentioned though, that the development environment is pretty volatile, so any indication of dates or times might be off!
Some features this month.
This month so far we have been working on completing frameworks. The framework for the phones system, the framework for the jobs system, the framework for the factions system and so. The rest of this month and onto the next will be us utilizing these frameworks to populate the server with things to do and things to roleplay.

One of the testing scripts created (Which will be on the final release) was a job utilizing the job framework. I wanted to create a starter job (For new players) to bring along a friend and roleplay with them WHILST doing the job. In return for this, you'll be awarded a multiplier in cash. The Garbage Job (binman, trashman) is usually included on roleplay servers but completely lacks meaningful roleplay. We have deliberately created this job to remove that stigma and show that jobs can involve roleplay.

If you decide to go on the job solo, routes are specially crafted to push you through populated areas so opportunities of roleplay arise. This really means anything can happen when out on the job and you're never really tied to sitting in a vehicle.

As a small side project, we were looking into ways to simplify and make the User Experience less of a hassle. One of these ways it to allow you a huge amount of visual customization when it comes to your player, chat, faction and more. We wanted it to be easily accessible and not hidden behind hundreds of commands that you need to memorize. We've added an F3 Toggle Menu which gives you access to alter and change the way you see the game on our server. Since the client we currently run on, with the current version, does not allow these features - we thought we would add them ourselves. Some of the chat options are below; Below is a video and images giving you a small insight into these features. 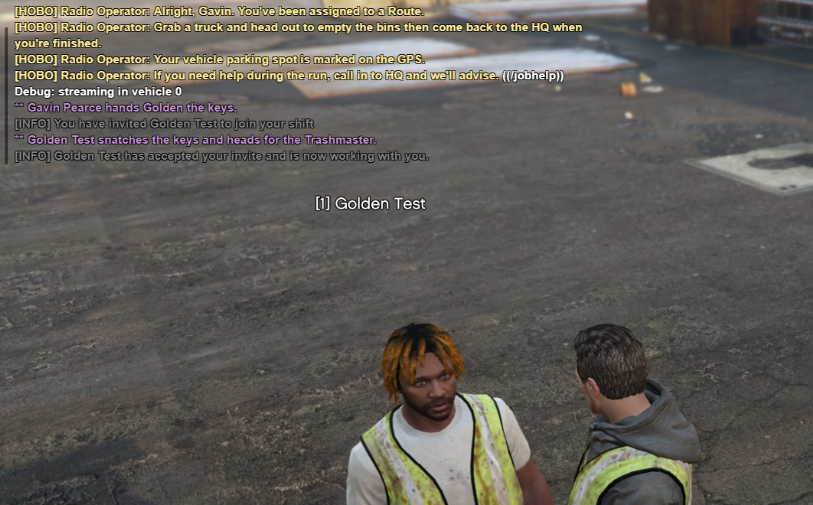 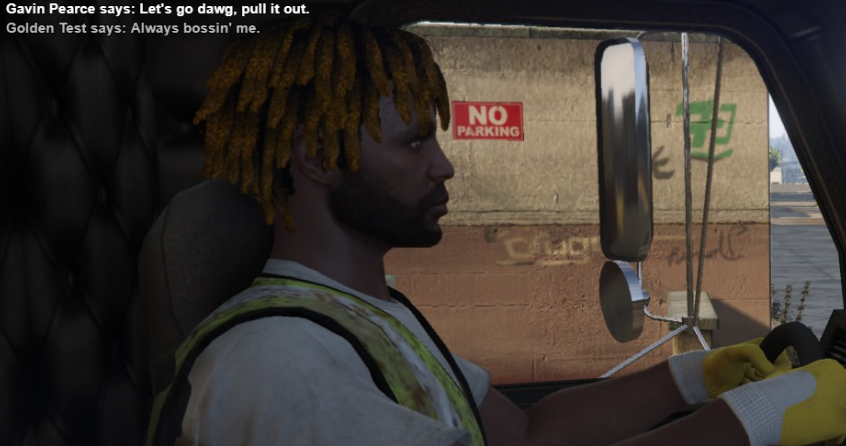 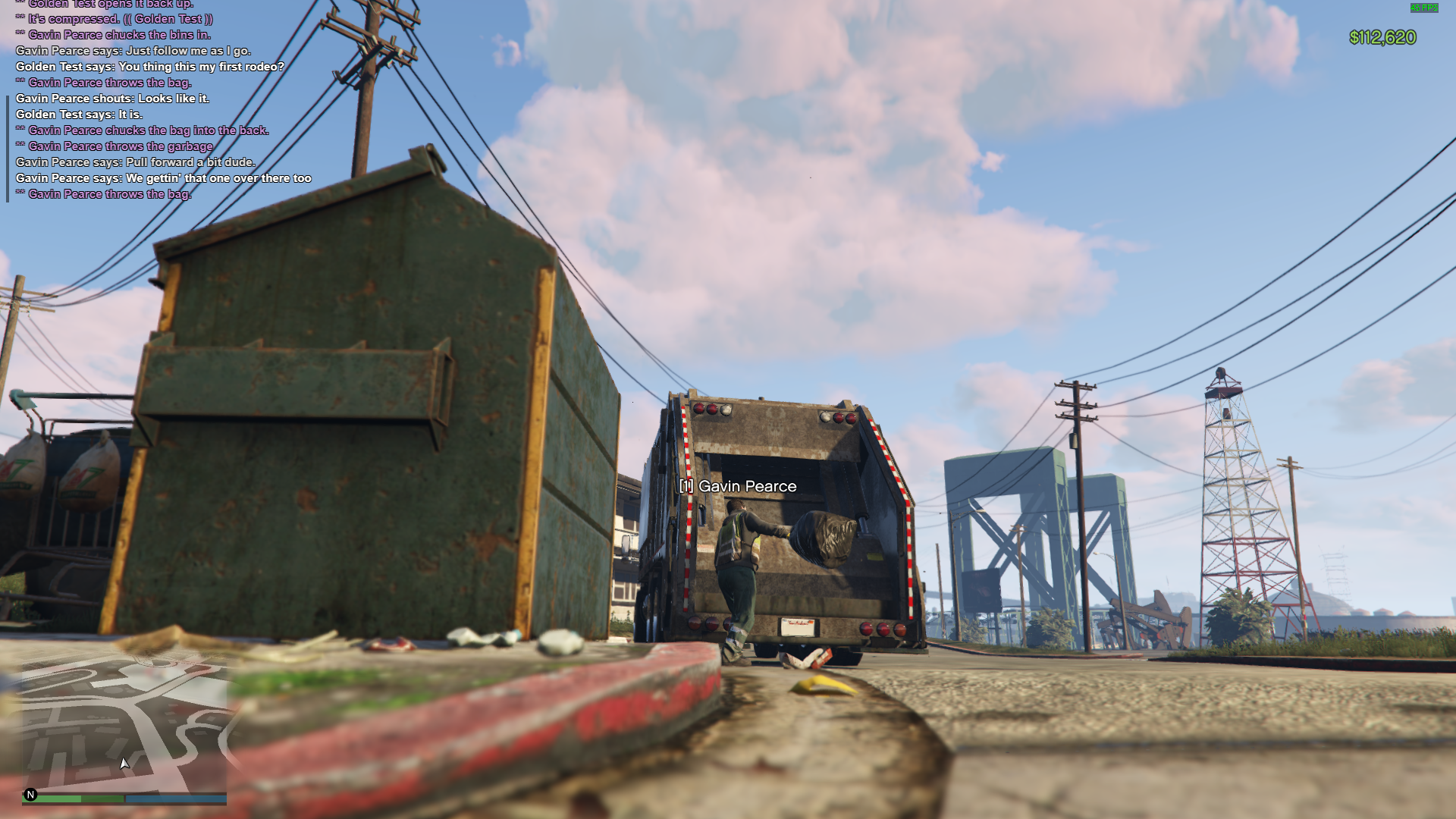 In addition to the features listed in the previous dev-blogs, we have enhanced how you can manage and control your factions. We yet again want these features to be easily accessibly and focused on the roleplay instead of being hidden behind commands. We have added the ability for legal factions to order weaponary which gets deducted from their funds set out by the Government, which means there won't be unlimited firearms for Police Officers. In addition to that we have also upgraded the framework which as mentioned previously, easily allows the addition of factions to the server.

We have also finished the MDC for our legal policing factions. The MDC includes in-built systems that keep track of warrants, APB's, officers on duty, reported stolen vehicles and much more. It's a huge addition for police roleplay and we hope it adds to the whole immersion and experience.

With the ability that Rage MP provides, and with the talent of our team, we have almost finished the framework for the mobile phone. We want your mobile phone to be quite an important piece of inventory on your player, therefore we have done more to it than just your typical calling, sms'ing seen elsewhere. Want to watch youtube? Fine. Want to customize what phone you have? Wallpapers? Pin-codes? Lifeinvader? Done.

In addition to this, all calling, SMS'ing, contact management will be done through your mobile phone. The only command is /phone which is only used if you can't activate it with the UP arrow. We would love to show it off but pictures don't quite do justice, we'll release a full preview separate from a dev-blog shortly.

Our economy is considered one of the most, if not the most important aspect that we need to manage behind the scenes. A lot of work has gone behind devising schemes and deciding economical aspects to stop the overabundance of unaccounted cash that plagues other servers. It's almost like printing money to pay off government debts, we don't want that and want everything accounted for. To do this, from Day 1, every aspect of economics that enters the server must be accounted for and never just "destroyed" or "Spawned" - vehicles will be broken down into scrap, money paid into 24/7's will not go to the server but will be paid towards inventory and tax, money from jobs will be paid by governmental funds and more. All of this is still in discussion and aspects may change, so keep an eye out!

Something your eyes are focused on nearly every moment that you are on the server, so we want to make it as fluent, customizable and as useful as possiblel. We're currently making features and functions to change up your chat experience for the better. Things included are customizing font sizes, box shapes, built-in session chatlogger and much more. Videos that do the chat justice will be posted in the next development update!

One of the main things we want to avoid is new players getting stuck with commands, functions or how to do things. Some might insist that's why we have a helper team, but I also believe if you make it easy for the new users to learn, they will become better off in terms of roleplay.

With this, outside of the help system we've introduced a beautiful help panel which gives the player everything in one space and one command. Better still, this system is dynamic and administrators can add / update / remove fields in a jiffy through in-game or the UCP.

Finishing up
With this, we'll end the Development Log for this month. We're working extremely hard to deliver good, quality programming which in turn makes your whole experience better. If you're interested in helping out, as mentioned, there is a 3rd Party Developer application open. Don't be shy if you feel you're not qualified enough - give it a bash and send one in!

If you are unaware, Rage MP has a 0.4 update coming shortly (https://rage.mp/forums/topic/1922-04-pu ... changelog/) which introduces amazing features like static NPC's, weapon attachments, better sync, All of those will be implemented to the server one way or another (Try and guess!)

Now that we're a team of two developers and a web designer, we hope to release these Development Logs more frequently. Next month we hope to have many more features fully completed to showcase to you guys. This includes more on user experience, an MDC showcase, Phone showcase, the UCP, Property and Businesses, Illegal jobs/factions and so much more.

Please, if you have suggestions - post them so we can have them implemented provided they are good!

Thanks a lot for reading.
The Development Team.
Lead Admin + Developer
Top

On top in no time. Hope you all enjoy the previews.
Lead Admin + Developer
Top If you need help on the forums or have any questions, PM me.
Top